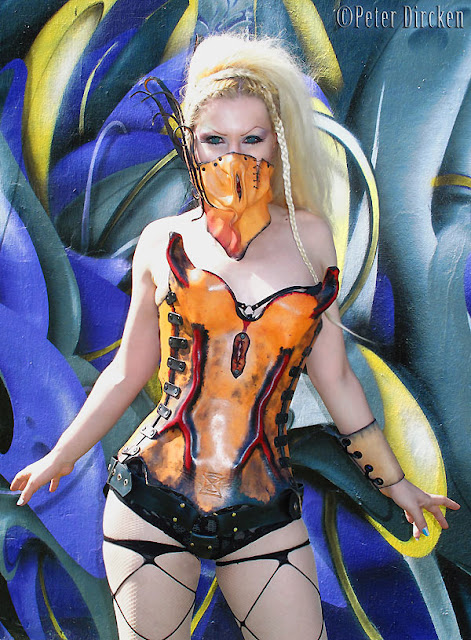 All contact with Butcher Island had been lost since a deep mist covered it, the last transmission that Gwen Marsters got from her informer indicated that the place was under lockdown because something had gone terribly wrong in the main lab. That wasn't surprising at all, the island was a property of the Academy. Located in the middle of the Pacific Ocean, unknown to most people and systematically erased from maps, it was the perfect place to conduct experiments of dubious morality. As far as the technomage knew, they were using the local fauna and flora to create new and more powerful hybrids, a recurring theme to obtain cheap soldiers. Using her vast network, she could find out that a force field had been set around the island and several ships were patrolling it. She had to send someone to 1) figure out what was going on and 2) stop it. She needed a warrior able to get it in and out, someone with the skills and the knowledge to pass a force field and deal with whatever monstrosities lurked inside. Luckily, she knew the right person for the job. Her name was Zirconia Starfighter.
As an ally and good friend of Gwen Marsters, she quickly accepted. Besides, she was very aware of how dangerous the situation in Butcher island could be, after all the Academy had been the responsible of the Long Year under the Grey Aliens. And that was just one of their major crimes against humanity. While Gwen studied how to pass the force field, Zirconia got ready for the mist. She chose an outfit that would protect her, a biotechnological suit that would filter the air and capable of fixing itself as a living being. She had used it before to get into toxic and dangerous places, for example, she had to venture into the nest of a Grey Warbeast to retrieve a crystal computer. Its eggs expelled a deadly gas that filled the nest and made them grow faster.
In a small boat, equipped with the most advanced technologies they could get, the technomage Gwen Marsters and the warrior Zirconia Starfighter got near the island, avoiding the Academy ships, and using a device, managed to open a small rift in the force field, a rift that wouldn't go unnoticed. Once inside, the warrior swam her way to the shore, while the technomage awaited in the boat, far from the uncanny mist, gathering info from the boat sensors. Zirconia arrived at a beach with dark red sand, she could hear an unnatural roar which was followed by the noise made by several creatures approaching and she prepared to fight.