Smoke and mirrors Part I 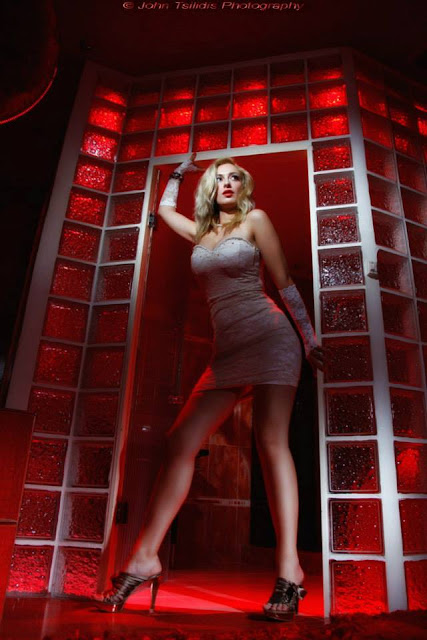 The shooting of the movie had been as crazy as one could expect from something titled "Baratu: The crippling menace from the outer realms" It was not the type of films Sarah Devlin planned to do when she moved to Hollywood with her sister, but at first they were her only real opportunities to be an actress and after a while she realised she enjoyed working on them. It helped also the constant support from her sister, a writer of thrillers, who told her again and again that she should be proud of her work. It had been a week since they had last talked as her intrepid sister had started working on a new novel. To get in the mood, she had moved to a expensive hotel that she could afford now thanks to the strong sales of her last two books. She was ready to call a taxi, when the writer, a rather enigmatic man from Romania, approached her agitated with a newspaper. "Your sister is missing!" He said loudly while pointing at her picture in the front page.


She felt like falling from a mountain, breathless. While news about her sister, the famous thriller author Barbara Devlin, spread all over the place, she read the article several times. There was not much info. Her sister was writing her new book there, she showed interest in the building's story and one day she was gone. Not a trace of her, all her things left behind, except the pages she had written. Ironically, that was precisely the kind of stories she liked to write. Sarah had read enough of Barbara's work to know that she loved mysteries and that couldn't avoid looking into them, so the most sensible hypothesis was that she found something in the hotel and that someone made her disappear. She had to go there in person and figure out if her sister was alive. Not because she didn't trust the police but because she needed to do it, she just couldn't keep her usual life ignoring if Barbara was alive.


So she went to the hotel, after booking a room with her real name, what made a great shock in the manager. It was just the beginning of would be the Story of the Year in Hollywood. A place full of traps and lies awaited for her, luckily she would not be alone, as a detective with singular capacities was working in the same case.

To be continued in...Part II