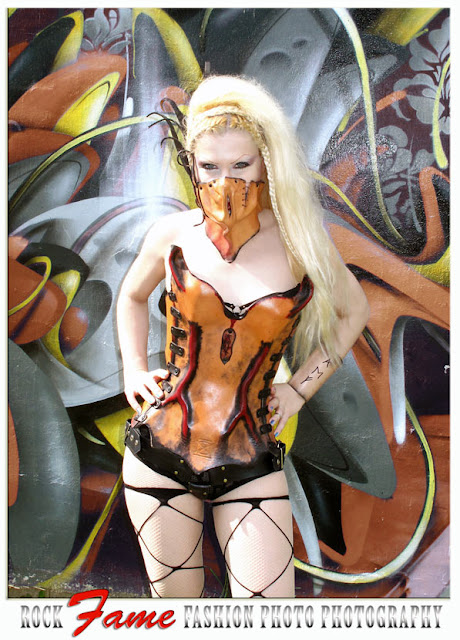 The mist was not only created to mutate living beings, as Zirconia has witnessed from first hand, but also to terraform entire areas, turning them in whatever its creators wanted it to be and those mysterious beings in black suits had a very clear vision as our heroine found out when she left the main lab. The island was now an otherworldly place, covered by a giant shadow. Plants, animals and "humans" ran amok, screaming in a never ending frenzy, clashing among them. It seems like a nightmare made real. Trying to avoid the, Zirconia advanced as fast as possible towards the beach where she had arrived. A new noise made her look at the thing that was projecting the shadow, it was massive, a huge monster unlike any creature born in our planet. It was impossible to make sense of it, was that a head or an arm? Couldn't tell. And the more you looked at it, the stranger it became. Somehow it was connected to the mist but until it stepped in the island and the mist started to flow towards it she didn't realise that the monster fed on it. Wherever it was from, it could feel the mist and came.


She shared her conclusion with Gwen Marsters, who agreed but also hurried her. "Run! I think that creature is gonna feed on more things than the mist, I wouldn't bet on the future of anyone or anything in the island." "Do you think they designed the mist on purpose to bring it and erase any trace of their experiment?" "The fact that they left is a clear sign to me, now, don't waste time talking and come here, I'll get as near as I can. I don't want to risk a confrontation with that thing, not yet." Zirconia smiled with the last word and ran. She wasn't an athlete but she kept in good shape as her rather unusual job often placed her in life or death scenarios like this one. The composite animals noticed her as she arrived to the beach but they were too busy defending their territory from a bunch of mutated plants. As she saw the boat coming, she felt the creature starting to feed on the island population. She close her eyes as she tried hard to keep away that awful sensation. It drained of their life force, in such a painful way that no one could even think possible, twisting the space and time around them. With her eyes still shut down, Zirconia got in the boat. "Let's get out!" "Right now, but I am leaving something to give that monster a run for its money." Zirconia opened her eyes and saw Gwen smiling and felt a lot better. As the boat drove away from the island, leaving behind the Academy ships, a dark cloud began to form shape in the sea, with only one goal, to get intel on the monster and making sure it would never return.