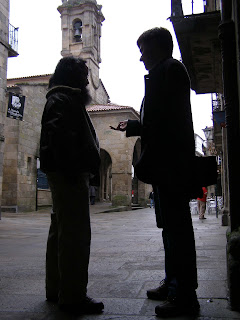 This is a rough translation of the intro and the dialogue for the non Spanish visitors:

Episode I: Signals of storm

Rob Larroca goes fast to the library / refuge of a collaborator of Patrick Von Steiner, who hides from the Academy, from which he deserted several years ago after discovering their skulduggery. His real name is a mystery and he calls himself the Librarian. Usually Patrick contacts with him by e-mail, but this time is different, he feels that something approaches, a crisis.

The Librarian receives Larroca, whom he knows from an incident in a fair of the book in Santiago de Compostela.

L- Welcome to my temple of knowledge: what worries to my good friend Patrick?

RL- He is afraid that a crisis is coming, he has detected signals that seem to form a pattern and he would like you to verify it.

L- It will be a pleasure, I also have felt more abnormal events than usual. Follow me.

L - My faithful compendium of omens will be very useful.

RL - Do you think that the Academy is planning something?

L - Surely, they already committed the awkwardness of liberating Cthulhu in his attempt to destroy the temple and some news have come to me saying that they are digging in the well to the hell of the Doctor Azzacove.

RL- But that is madness!!

L - It is but that has never stopped the Academy.

RL - Patrick believes that the gray aliens are conspiring with the Academy.

L - I cannot confirm that end but I can affirm with security that the Academy possesses gadgetry of extraterrestrial origin that they use ironically to erase any foreign trace, although normally they choose more pedestrian means as you surely have seen.

RL - Dynamite in bulk, the delicacy is not their fortress.

L - Signs, the return of a starchild, the reopening of an access to Hell …they are signals of a gathering storm, prolegomena of something ominous.

L - Tell Patrick that he should assemble his allies and that he should seek for advice from the members of the Expedition Delos, they will know what must be done.

RL - What type of crisis do we face?

L -The worst of all, someone wants to re-do the world according to his image and resemblance … and there is no place in it for us.

RL - I will warn him immediately.

L - If I find something more I will make it know you. 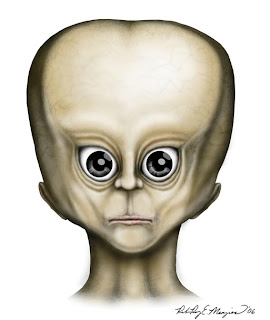 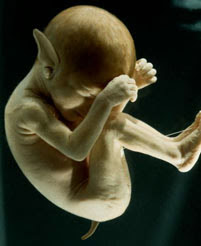