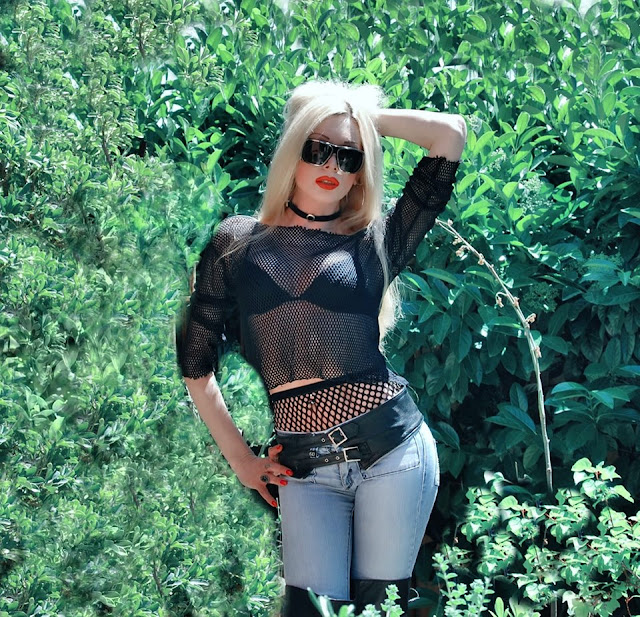 The party went on with all sort of activities designed not only to entertain the guest but to let them show off their abilities. The hosts didn't want anyone to feel left off or less than the rest, so they came up with something for every guest. We went along, trying to identify any member of the Evil Academy with access to their mainframes but the closest we could get were drunkards that have way bigger mouths than security clearances. The keys we managed to gather after picking apples from a bucket, doing karaoke, dancing polkas, spotting birds,... barely got us through the first door of their databases, and all we could check was stuff we already knew. Truth to be told, unlike the guests and the hosts, we were feeling pretty miserable. But, lucky for us, we had gone with a Goddess, and she hadn't be idle all this time.

The Mighty Goddess Hiliana was rocking now a look that combined leopard, leather and fishnets. You could feel the attention of everyone following her everywhere. She handled us a paper with a list of names and whispered, "They have what you need". Next to every name was were we could locate them. As we wondered how she knew they would still be there, she just smiled and said that she had asked them politely to wait for some friends she wanted them to meet. That lifted our spirits immediately and, after thanking her alot for her decisive help, we split to talk with the, funny enough, three people of the list.