The diamond and the key, a Lady Atalanta's tale 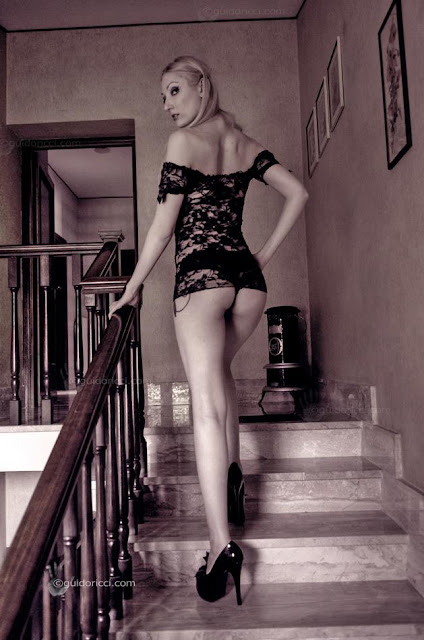 Dinner at the private house of the Academy at Zurich had been as informative as she had expected. As soon as Livia Della Rovere, the Grand Duchess of Tuscany, found out the location of the long lost Black Diamond known also as the "Eye of the unnamed Titan", she rushed towards it. There was no time to waste, a gentle excuse to leave for her room for a much needed rest was enough to leave her partners discussing about their plans. Her goal was near, in the same building.
Aware of its tremendous value, she kept an eye on her back as she was far from being the only person interested in that mythic jewel. It could not just provide glimpses in other realities, but open secret doors to them. Whoever cut it, used to wander through time and space as all its owner since then. She was also worried about what was awaiting for her. She had the key to the box where it was hidden but she was sure more people knew about the stone box in the domino room. Many of them called themselves her allies, however such a magnificente trophy turned allegiances into mere words. When she opened the door it didn't surprise her even a bit the sight of a panther sitting next to the box and her owner standing still, offering her a cup of wine.

- Welcome , my dear, I thought you were sleeping after such an eventful day.

Livia smiled and accepted the cup.

- Somehow I knew you'd be here, Prince Dark Salimah, do you think the diamond will take you back to your kingdom?

- I know it will, as I know that you hold the key that opens this ugly stone.

Her white and red face frowned into something resembling a smile. Exiled from home, after his own brother killed his parents and defeated him at the Throne Room, he had been a guest of the Academy for several decades. He shared his vast knowledge on the promise that the Academy would help him get back. After all this time he had grown impatient and the Black Diamond was his ticket home.

- You don't have to worry then, let me open that stone and you'll be back at your castle in no time.

The panther and the owner were glad. Livia put her key, a treasure she had acquired very recently in a dangerous trip, in the box and opened it, showing the Black Diamond. Then she took the precious object in her hands and said the words:

- Take them to where this prince must be. Now.

A flash of black light and they were gone but she could see them inside the diamond, screaming, utterly lost amongst the ruins of an old civilization. Livia laughed gently. For a first attempt the result could have been far worse, she had created a door and they had arrived to the other side. To polish such details as the intended destiny she had plenty of time, besides she was mostly interested in using it to get inspiration for new paintings. And a new one was shaping quite nicely in her mind. It was about a lost prince and his panther...
May Isis be with you! Hugs and kisses, Lady Atalanta!