I was holed up alongside all the mangers and partners of the participants in the Race on a very expensive hotel at Namibia's capital, Windhoek. We couldn't leave the hotel and were closely monitored. You couldn't take a step without being watched by a drone. Only the assistance teams could be outside on stand by, following a parallel route to the Race, so they weren't detected by the local authorities and could get to the Race as soon as possible. Our Masuimi Max was there on a big red and black truck fill with everything she could need to fix Zirconia Starfighter's bike. We followed the Race on enormous screens. There were all kind of vehicles, even tanks. And yes, they were loaded, which came quite in handy when they came across any of the numerous traps and ambushes Elysium had set. 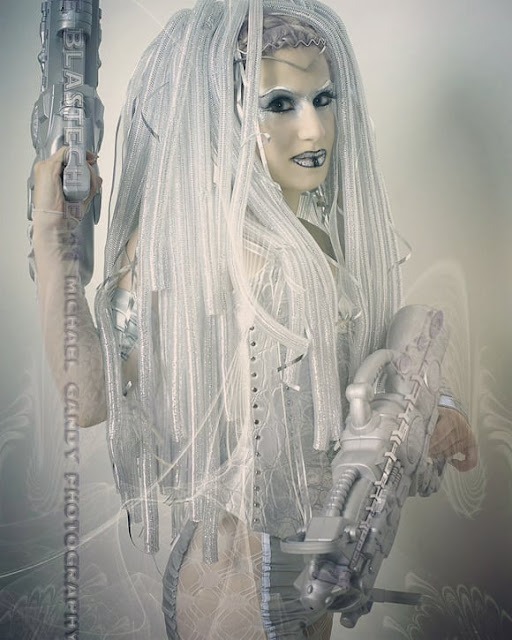 Riding a bike allowed Zirconia Starfighter more maneuverability than other heavier rides, but it also made her more vulnerable. You can't add much protection to a bike without hindering its performance. But you can add some light weaponry such as lasers, as was the case, that proved quite useful to deal with snake like robots that emerged from the sand. Although it as a fierce competition, riders where more worried about the challenges of the Race than about their rivals. In fact, collaboration to get through those challenges was quite common. The higher ups at Elysium didn't seem to like it a bit as they started to raise the stakes. The traps were suddenly harsher, the enemies more powerful and numerous. The participants started to drop like flies. Some dead, most hurt and glad to live to see another day. We still had no idea what was the Prize, only that Elysium wanted us to earn with sweat and blood. Some decided to withdraw, thinking that the risk outweighed the possible gains. We didn't. We need to finish, and finish first. Masuimi Max had to go to our friend's rescue a couple of times. First time she was almost blown up by a missile, and had to change a wheel. The second time a sneaky robot drilled a hole in the engine. That almost ended the race for us, but Masuimi and Zirconia could patch it together. The number of participants was by then reduced to barely dozen and nobody really knew how much of the Race was left, as the route was changing all the time to throw off authorities, as they had got notice of the illegal Race and were working to shut it off. Some at the hotel were starting to consider that the Race was a con and that there was no Price at the end of it. Elysium members treated any question as an insult. As I said before, we didn't care, we wanted intel on our enemies and winning the race seemed a good way to get it.