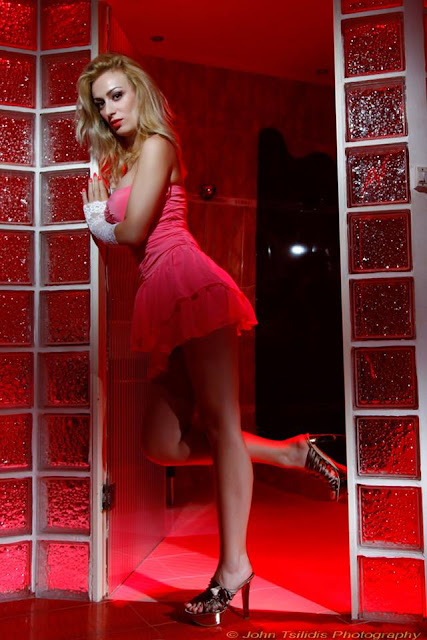 As Sarah Devlin entered the Hyperion Hotel she felt the weight or her mission fall suddenly upon her shoulders. The hall was full of reproductions of the Greek Mythology and mirrors. She could see herself anywhere she looked at, surrounded by gods and titans. It was a strange and almost otherworldly sensation. Trying her best to stays focused, she approached the receptionist, a tall man with dark skin and bright blue eyes. He wore an impeccable white suit and gave short instructions to his co-workers to carry the luggage of the clients. When she asked for her key, he gave it but asked her to wait, as the manager wanted to talk with her. The theme of the conversation was obvious.
The manager looked like a magician in a business suit. Big beard, pointy hair and deep green eyes. He ordered to get her room ready and taker her suitcases, and led her to the restaurant to have a "friendly chat". She wanted to start her investigation and she was hungry, so she accepted. As the manager showed her to a table, she noticed a blonde man was looking at them while he apparently read a local newspaper. In her table there were only a coffee and an empty dish. His clothes blended with the other clients but didn't look expensive. A detective, she thought. The voice of the manager got her attention as he pronounced in a very weird way the name of her missing sister. He had no idea of what had happened. According to him, she left the Hotel after having lunch and didn't come back. When she asked him about her book, he said that she carried it everywhere with her. She was very secretive about it. He was used to deal with people like her, his Hotel respected their need for privacy and even offered them safe boxes. Did you open hers? Asked Sarah with a glint of hope. I was waiting for you, was his frankly unexpected answer. Maybe it will help you to find your sister.
The blonde man was much more than a simple detective, he had strange abilities he had mastered over the years with help from a mysterious red haired woman. he could feel the manager was lying and knew for a fact that Barbara Devlin hadn't left the Hotel, not by the main door. After a couple of minutes, he followed them. He was worried about Sarah. It was his third day there and there was something wrong there, very wrong.
The safe box was empty. For some reason, her sister hadn't used it. Back in her room, after thanking the manager for his help, she wondered about her next step but a strange noise coming from her bath got her attention.

To be continued in...Part III