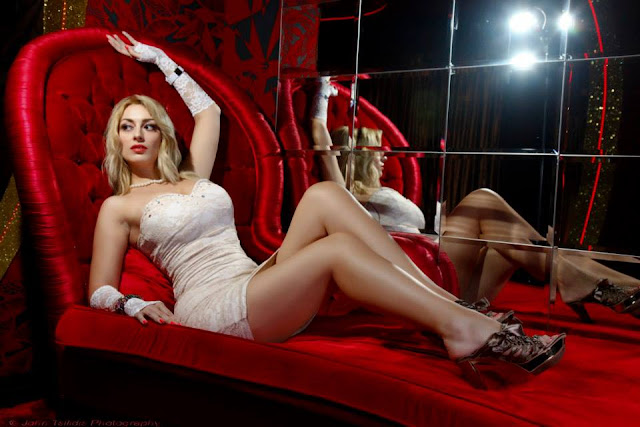 Sarah Devlin felt as a character from the movies she worked in as she entered in the Hotel with the detective Faraday. At first she didn't understand what she had to do, she looked as herself but she had to talk and behave as someone very different. The book was practically a guide, a how to. It was a gamble, a risky one, but it was also the best way to save her sister. Guests and workers were doing the usual stuff in the hallway. The manager smiled and greeted everyone, including them. They knew it was a trap and they were ready. While he made symbols with his hands, she said the Old Words. The Agent fell upon them and took everyone somewhere... inside the mirrors.

The smoke filled the place. They hardly could see each other. They could hear the other scream. One voice sounded more angry than afraid. The manager asked the agent to return him to the safety of his hotel. The agent ignored him and faced the detective and the actress. It moved the swords and spoke in the same old and powerful language. The Order wanted both of them. The agent was about to attack them when a bullet hit its head. A clear and precise shot. When Walter and Sarah looked back, they saw Barbara standing under a white light with a modified gun. The manager freaked out and ran away. He couldn't understand how she had managed to escape. However, her sister and the detective could. A thriller writer could figure out how to outsmart a criminal like that creepy man. They were glad to see her and wanted to hug her but they had to deal with the agent first.

As they had planned and with the unexpected help from the no longer missing writer, they joined their minds and fought the creature at several levels simultaneously. The guests and workers followed the manager in his crazy and directionless attempt to get as far away as possible. It was hard and painful but as soon as the agent realised that the cost of victory was too high and it may damage the connection with the Hyperion Hotel and even the building itself, gave up and vanished. Once they made sure it was safe, they could make their way back, bringing with them those who hadn't gotten themselves lost in the weird dimension. Barbara couldn't stop talking about how this adventure would shape her new book while her sister and Faraday had other kind of thoughts in mind, there was chemistry between them and they wanted to see where it could lead them. With a smile and the satisfaction of a work well done, they left the hotel without looking back.